It was another day of friends, fellowship, fundraising…and golf at the 2021 SDARL West River golf outing. Seventy golfers registered for the event, which was held on a beautifully warm pre-Autumn September 9th at the Elks Golf Course in Rapid City.

The event featured skill prizes, a Hole-in-One contest, the “Minute to Win It” putting and chipping competition, and challenging tricks like teeing off from a saddle. The winning foursome was from Great Western Bank, featuring Tiffany Robertson (SDARL IX), Paige Kadlec, Doug Theel (SDARL V), and Marv Larabee. 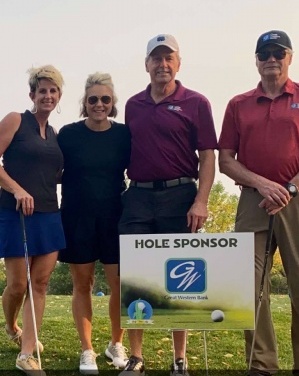 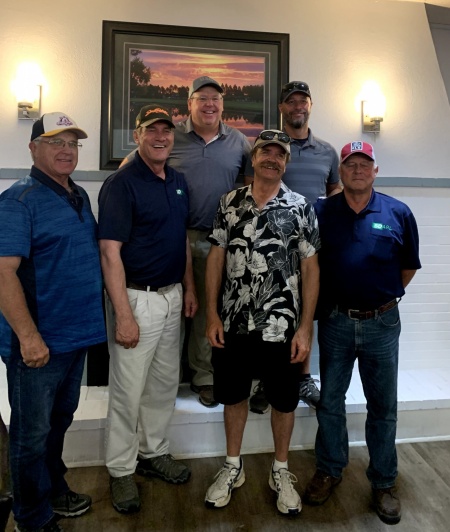 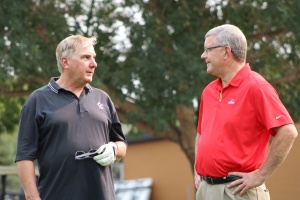 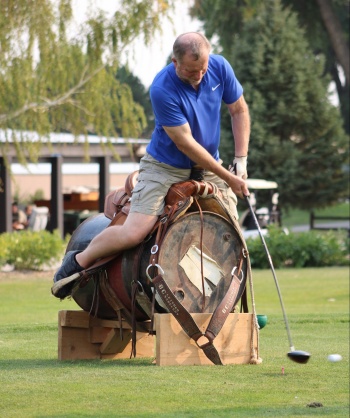 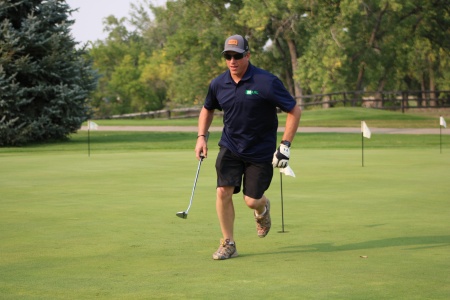 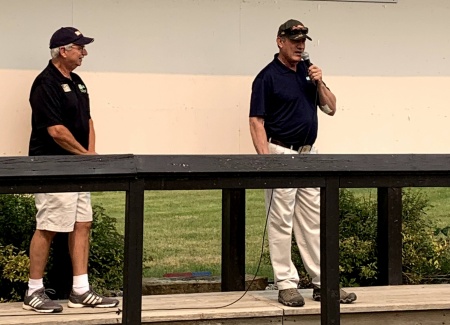 At top, Bo Slovek (SDARL IX) takes his turn with quick putting and chipping in the “Minute to Win It” competition. Below, SDARL CEO Don Norton, at left, listens to opening remarks from Lieutenant Governor Larry Rhoden. 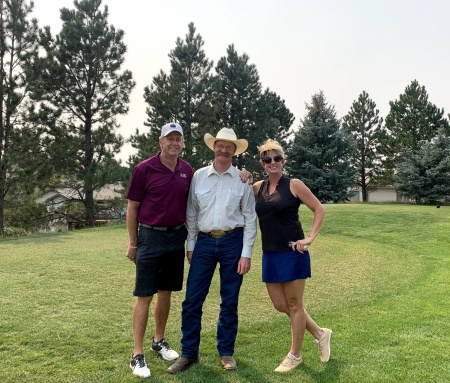 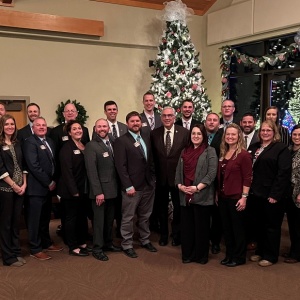 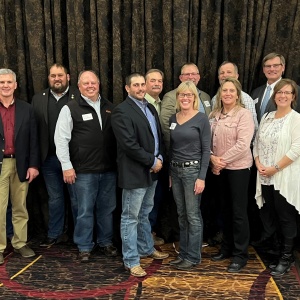 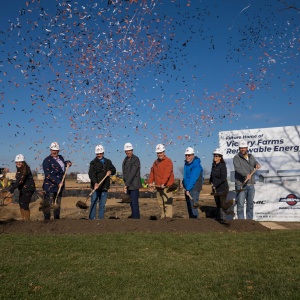 Ground was broken on November 10, 2021, for the development of VF Renewable Energy, one of the newest anaerobic digester facility projects to be designed … 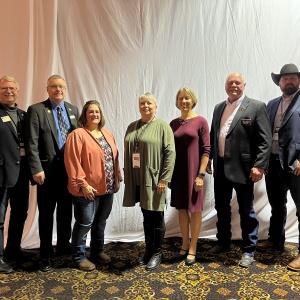 The South Dakota Farm Bureau held its 104th annual convention on November 19 and 20, 2021 in Sioux Falls. Several SDARL graduates were in attendance …