SDARL Graduate Appointed to Fund Board

Sal Roseland (SDARL VI) has been appointed by Governor Kristi Noem to the Board of Directors of the Second Century Habitat Fund. The Fund is a nonprofit corporation that works to educate landowners on the importance of grassland to improve pheasant habitat in South Dakota.

Sal knows very well the importance of grassland and pheasant habitat. He has 19 years of experience working with organizations in the outdoor industry, including service on the South Dakota Upland Outfitters Association board, Faulk County Predator District board, and the board overseeing Faulk County 4-H buildings.

Most of his outdoor stewardship revolves around R&R Pheasant Hunting, which he operates on 6,000 acres of prime cropland near Seneca, SD, specifically for wild pheasant and other upland bird/small varmint hunting. The hunting business is centrally located on his fifth generation, 18,000 acre farm and ranch operation where he runs cow-calf pairs in addition to crop farming.  R&R is one of only a few Certified Cabela’s Hunting Destinations in the world, and has a reputation for attracting families and celebrities from around the world. 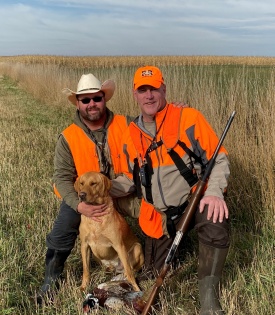 Pictured above, Sal (at left) with Tim Laudner, former catcher with the Minnesota Twins

“I’m excited that we’ve been able to build a family business that I can pass on to the sixth generation,” said Roseland. “We’ve worked hard to build lodges that create a friendly atmosphere for hunters.” 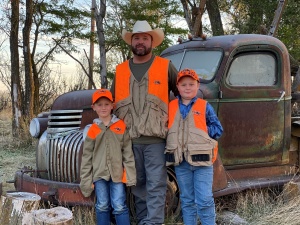 Sal (at center) with sons Reece (left) and Seth

The two newly-constructed lodges offer 17 private, luxury rooms and make for a comfortable resting place after a hunt. They include daily home-cooked meals, housekeeping services, hot tub, satellite TV, internet, and a clay bird range, in addition to other accommodations for reading and relaxing.

In 2002, Sal graduated from Northern State University and returned home. He brought with him a “new business idea” much to the dismay of his grandfather, Stan, and father, Steve. During his senior year, Sal developed a business and marketing plan aimed at turning part of the ranch into a pheasant hunting operation. It took a few years, but the family eventually signed on to the idea. Today, the business hosts nearly 500 hunters each year. 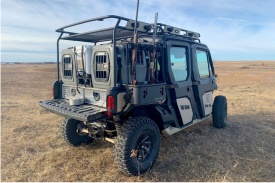 Sal’s latest “new idea” is to raffle off a Can-Am Defender “off-road bird hunting machine.” The utility vehicle will be making its way around South Dakota in 2021 as part of a tourism promotion and will then be raffled off, with proceeds going to support habitat in the state. You can find out more information HERE.

“It’s a dream setup for work and play around the farm or ranch,” Sal said. “Anyone who buys a hunting license in South Dakota in 2021 will have the option to enter the drawing.” 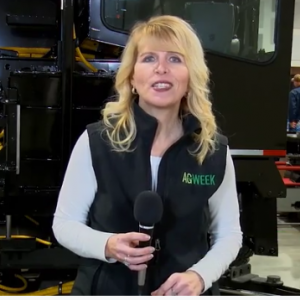 When it comes to succession planning and transitioning a family farm or ranch to the next generation, Alan Hojer (SDARL VII) is a name you … 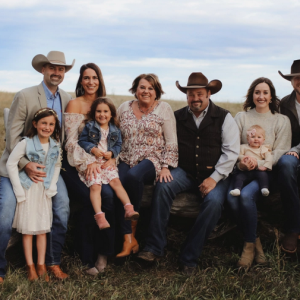